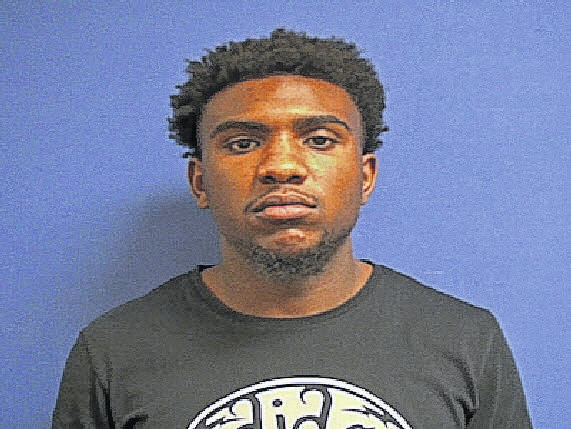 A local man has been charged in the shooting death of a 29-year-old woman found shot to death in her home late last week.

Information on the case was released on Monday. According to reports, deputies responded to a gunshot victim at 5423 Harnett-Dunn Highway, sometime after midnight on Jan. 10.

Upon arrival deputies located a deceased female victim, who was later identified as Belinda Davis, 29, of the same address.

During their investigation, deputies discovered that several hours earlier a male subject had been driven by personal vehicle to the Dunn Rescue Building and was then transported to Wake Medical Emergency Department by ambulance to be treated for a laceration that occurred at the same address.

Investigators worked through the night and the following day to identify and charge Darius Kendrell Blue, 23, who was listed of 100 Deerfield Lane, Dunn, with murder. Currently Blue is being held in the Sampson County Detention Center without privilege of bond.

The investigation was ongoing on Monday and no further details were expected to be released by Sheriff officials, who said that as the case further develops, more information may be forthcoming.

“I am proud of the hard work deputies and investigators have, and continue to, put into this case,” said Sheriff Jimmy Thornton.

This is not the first time Blue has been in trouble with the law. Prison records obtained through the N.C. Department of Public Safety database show a history of assaults. His most recent conviction in July 2019 was on a felony drug charge in Harnett County. He received a suspended sentence and a year of probation, a probationary status is currently active.

He received suspended sentences in both cases. He was 17 at the time.

Then, state records show that Blue was convicted in June 2016, again in Sampson, of discharging a firearm into occupied property, stemming from a December 2015 offense.

Blue served 19 months before being released in February 2018. The felony drug offense came less than a year later, records indicate.