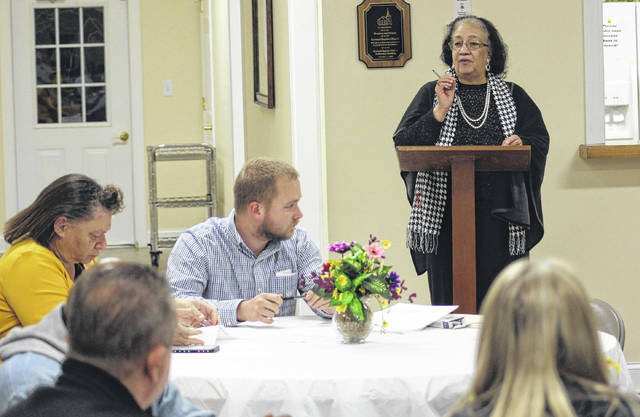 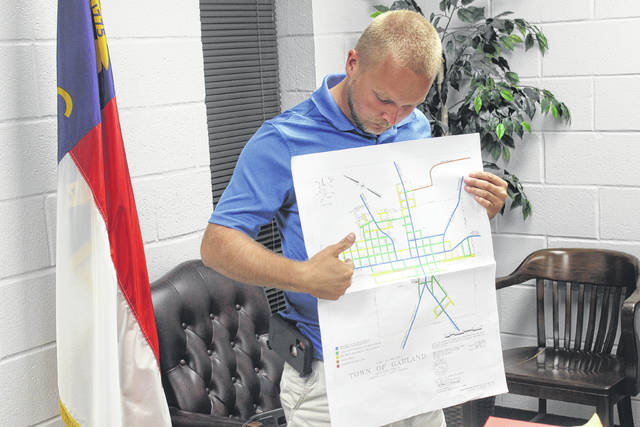 Commissioner Austin Brown speaks about streets in Garland, upgrades for which are continuing. -

GARLAND — Town leaders are moving forward with upgrades for several sections of West Fourth Street among other other infrastructure improvements.

The project was discussed during a recent meeting for the Garland Board of Commissioners. It will include more than $43,000 in work from Odham Avenue to Brown Avenue. Along with paving, sinkholes area will be repaired too.

One of Mayor Pro Tem Austin Brown’s goals was to improve roads throughout town. During a January meeting, he spoke about making improvements in the area. In fall 2018, a major focus was placed on Third Street, where work began several years ago. About six or seven sections of the road were completed.

Each year, the majority of funding for road repairs comes from the state through the Powell Bill program, which comes from the North Carolina Department of Transportation. Through an agreement with contractors, Garland also resurfaced East 10th Street, recently renamed after the late Judy C. Smith. She was a commissioner from December 2015 to August 2017.

For other infrastructure work, the town approved about $10,000 in public works funding to upgrade one of the major wells and well houses throughout town. The town was also approved funding for a Community Development Block Grant for Infrastructure (CDBG-I) for sewer improvements. During their March meeting, commissioners accepted the grant and approved a budget for the work. The total is for more than $707,000.

After reports of several vandalism incidents in February at the softball park, town officials are continuing talks to provide more security in the area. Damage included poles and picnic tables. Vandals also painted on the backside of the nearby community building. One idea was to install cameras, but an official plan has not been made to stop the problem.

“We’re looking at that, but we haven’t quite decided which way to go,” Mayor Winifred Murphy said.

The 2020 Community Easter Egg Hunt & Celebration is canceled because of the coronavirus (COVID-19) pandemic.

Along with many other buildings offering services throughout Sampson County, the Miriam Lamb Memorial Library, the Garland Senior Center is closed as well. In Garland, town officials restricted visits to the town hall for residential customers. Payments for services can be made over the phone or delivered to a drop box outside of town hall.

With concern for families, children and visitors, a request was made for the public to stay away from Curtis D. Cain Memorial Park, as COVID-19 continues to spread throughout North Carolina.