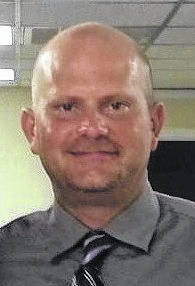 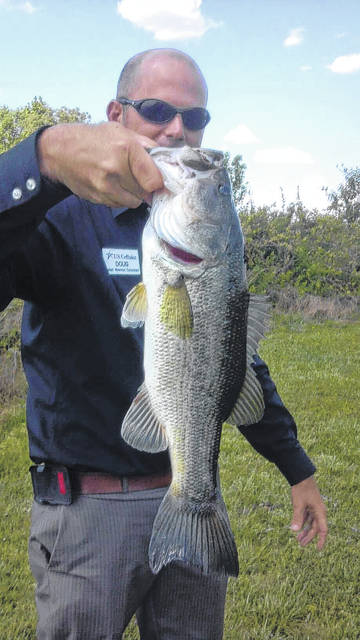 Doug Jones shows a fish he captured. A fundraiser is underway to help his family after Jones passed away suddenly.

Whenever customers came to the local U.S. Cellular store, Doug Jones was always thrilled to see customers while helping them with their phones and devices.

His co-worker Mary Stephenson saw firsthand how Jones touched people. For 10 years, she worked with Jones at U.S. Cellular where he was always excited to see people walk in the door. His work led to becoming the top retail wireless sales consultants at corporate locations in Clinton and Goldsboro.

“He made people feel like instead of coming in and talking to a sales rep, I’m going to go in and talk with my buddy,” Stephenson said. “That’s how people felt. They would come in and wait for him, when there was other people who could have helped them.”

Along with his family members, Stephenson, is now grieving. Jones died of natural causes two weeks ago while sleeping. At the time, he was living with his father, Otto Jones, who was unresponsive after going into his room.

“Doug was a really upbeat person and he would keep us upbeat,” Stephenson said about his optimism. “He could talk to anybody and I think that’s why he did a lot of business accounts.”

Before he died on July 18 at the age of 46, Jones was between jobs and didn’t have health insurance. To help the family, Stephenson created a GoFundMe page for expenses after he was cremated. The passing was unexpected and prior arrangements were not made.

“It ended up being left to his father,” Stephenson said about the elder Jones facing health problems of his own.

Stephenson said any amount would be appreciated to honor Jones and to help the family in the process. The Wayne County native was raised in the Goldsboro area and graduated from Southern Wayne High School in Dudley. He continued his education at the University of Mt. Olive, where he earned a business degree. Prior to working with U.S. Cellular, Jones was route salesman in the region. One of his last jobs was working as an Asset Protection Specialists for Walmart in Goldsboro.

He loved sports. One of his favorites was golf. Jones brought his golf clubs to several charity events at golf courses and represented the company during tournaments. When he wasn’t teeing off or working at the store, he enjoyed holding a fishing pole at local ponds and streams.

“He loved fishing,” Stephenson said. “He would go fishing on his lunch hour.”

Donations may be made online at https://gf.me/u/yisrhs

“I would like to do something for him because I know the last several months of his life was difficult,” Stephenson said. “He was a really good guy and had a good heart.”