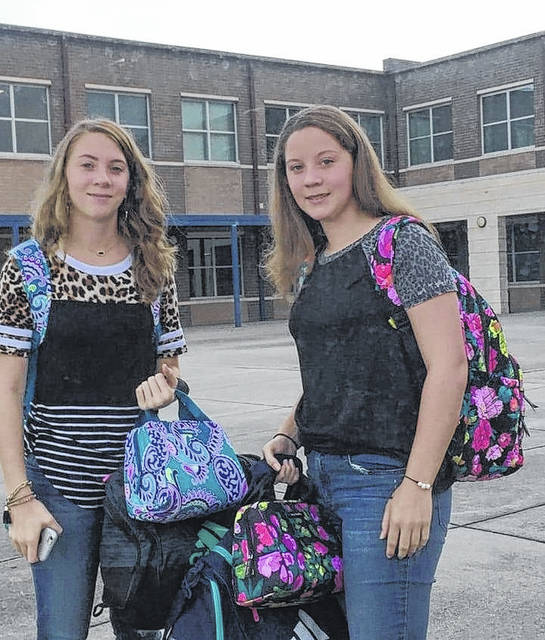 Anslee Jackson, right, spends time with her sister Hollee. Anslee was recently selected for the The National Society of High School Scholars. 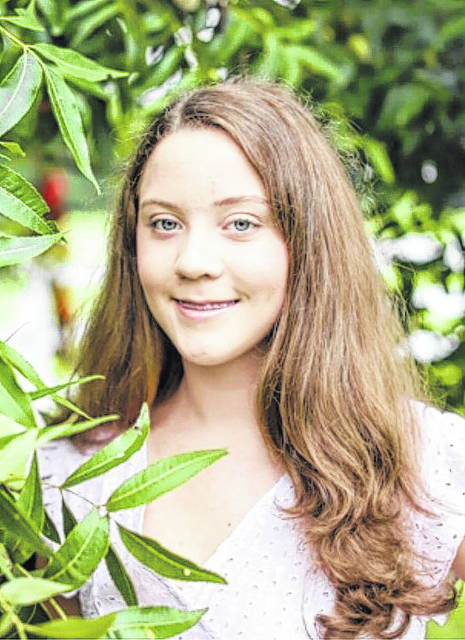 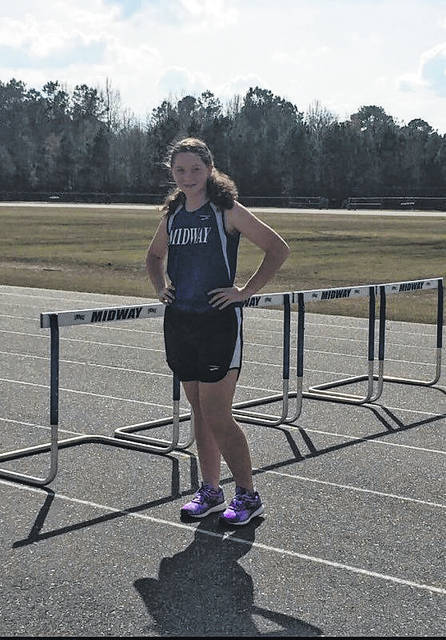 Anslee Jackson is known around Midway High School to be very humble, but her supporters are thrilled to see her in the national spotlight.

The sophomore and future entrepreneur was selected to become a member of The National Society of High School Scholars, which recognizes academic excellence at the high school level and helps to advance the goals and aspirations of high-achieving students. Unique learning experiences, scholarships, internships, international study opportunities, and peer networks are provided to inductees

“It makes me feel really good,” Jackson said about her hard work and dedication towards becoming a scholar. “I was real excited.”

NSHSS selected Jackson to become a member of the organization for being one the nation’s top scholars, her leadership, and for being involved in the community.

During the announcement in 2020, Claes Nobel, NSHSS founder and chairman, applauded Jackson for her accomplishment. Nobel formed the NSHSS with President James W. Lewis.

“On behalf of NSHSS, I am honored to recognize the hard work, sacrifice and commitment that Anslee has demonstrated to achieve this exceptional level of academic excellence,” said Nobel, senior member of the family that established the Nobel Prizes.

Currently, there’s more than 1.5 million Society members in over 170 countries. Jackson and other NSHSS members automatically become lifetime participants as they continue their education through high school, college and to careers. NSHSS officials said the organization connects outstanding young scholars with resources to develop their strengths and pursue their passions. Jackson is currently participating in virtual college tours. Many institutions began contacting her after she joined the NSHSS.

“We are proud to provide lifetime membership to young scholars to support their growth and development,” stated Lewis. “We aim to help students like Anslee build on their academic success by connecting them with unique learning experiences and resources to help prepare them for college and meaningful careers.”

In addition to academics, Jackson played junior varsity basketball and ran track in the spring. When it comes to her participation, Jackson is known as major team player who doesn’t like to take a lot of credit. She is a member of the Bible, Kindness and Christian Athlete clubs. When Jackson is not at school or spending time with her twin sister Hollee, she volunteers with the Salemburg Food Bank, and the Balm in Gilead Family Counseling Ministries in Fayetteville. With her faith and love for God, she attends Central Baptist Church of Dunn.

Her mother Kimberly Jackson is thrilled about NSHSS and the opportunities it’s going to provide.

“I’m very humbled that Anslee won this award,” Kimberly said. “She performs well and doesn’t like to bring a lot of attention to herself or outshine anyone. She just likes to go out and there and give a good work ethic.”

After graduating from Midway, Jackson is planning to pursue a business degree related and is planning to own her own hair and cosmetology salon in the future. The 15-year-old began braiding hair when she was a little kid.

Anslee thanked the Midway community and its schools for her development over the years.

“The community and the staff at all of those schools really involve themselves in the children’s education,” Kimberly said while speaking about the work of local teachers.