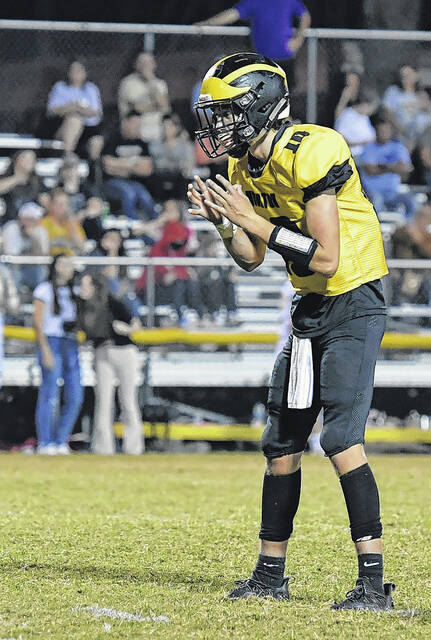 In a recent game, Loden Bradshaw waits for the snap.

Gracie Jones | For the Independent

Bradshaw completed 23-of-23 passes for 270 yards and two touchdowns. He had no interceptions. Bradshaw started the season against Midway throwing for 10 touchdowns tying the old state record just one behind Midway’s Wyatt Holland’s 11 touchdowns which set a new record.

Since then he has been accurate in taking apart pass defenses and completing passes. As of the Friday night game, he has completed 187 of 270 attempts with five interceptions and 33 touchdowns. He is ranked second in the state in passing yards and leads the state in touchdown passes.

“I’m pretty excited about it. Its cool leading the state so high up there,” commented Bradshaw. “But we’re not done yet. We still have a couple of more games left. We still have some stuff to work on.”

Bradshaw will be working his magic Friday night at North Duplin when the Wildcats finish their regular season.